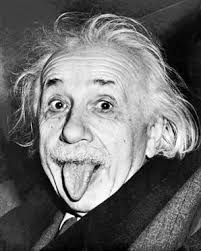 I went through an essentially disastrous situation last night, and this morning, and it never had to happen.
Last night, on the way to the bus, I stopped off to pick up some cigarettes. No big deal, right? Quick, I'm in, I'm out, I catch the bus, no problem.

Didn't have enough cash, so I went to the ATM machine. Put my card in, punched in my code: "This card not authorized on this machine." Hmmm...

Luckily, I had my Paypal Debit/ATM card. Never had to use it before, but this was the right time. Put my card in, punched in my code: "This card not authorized on this machine." Oh, okay, the machine must be broken.

Walked a block away, where there were two different ATMs from two different banks/ATM Networks. Both machines had out of order signs on them. This is where I nearly clevered myself to death. "Ah, must be some problem with all the ATM networks in this neighborhood. Went to my usual-hangout bar, not far away, they've got an ATM machine, too. It's close to my bus stop, but by then I think I'd already missed the bus. Needed them cigarettes, though.

Figured I had one last option to try. The Paypal card has one a them MasterCard thingies on it. Tried to charge something at the bar on the card. Worked just fine. Of course. There's nothing wrong with the card, so there sure must be something wrong with all the ATM networks in the area. I'm not one to give up easily on an apparently clever idea.

So I sat at the bar and puzzled over why I couldn't use the ATM. Eventually I realized why the Bank's card stopped working. My bank had recently been bought by a larger bank, and the new guys must have cancelled the old guys' cards. Fine, makes sense. But the Paypal card doesn't work, either. So they must have changed the bank account, and Paypal can't access my bank account anymore. Obviously, of course. Sure. Except the credit card side kept working.

If I could just have gotten the cash, I would have called a cab and gone home. I was exhausted from a long night the previous night recording my "Grizzly's Growls" podcast, which hadda get done right then to keep me in the NaPodPoMo running. I was in no shape to be clever. But the bartender wouldn't give me the cash with a cash-plus thing for a charge on the Mastercard part that was still mysteriously working, because no one else was having a problem with the ATM, so there must be something wrong with my account. (Of course, she was wrong, too.)

I briefly walked back to the gas station where I'd started, and bought cigarettes with the credit card thingie, which worked fine. The cashier there couldn't give cash-over, either.

I was still stuck when the bar closed at 2:00 am and I was out on the cold, dark streets. I suppose I could have called someone to give me a ride, but I knew I would figure out the problem eventually, even if only on a couple hours sleep. It was VERY cold, or I would have simply walked home over the Bong bridge in the middle of the night. Yes, I've done that before. I prefer to fix my own problems. But it was just to damn cold for that, and of course I also wasn't wearing a warm enough coat.

I walked 10 blocks to the ATM machine at the bank of the New Guys, figuring maybe it'd be somehow more forgiving of a guy from their own bank. Neither card would work. I walked to a convenience store near the older bridge across the bay, and even tried their ATM, and again, neither card would work. But I was able to buy a couple breakfast sandwiches (it was now 4:00 am or so) with the MasterCard thingie, which was still working fine. Turned out only one of the cab companies I called would take a "credit card," and they were on the other side of the bridge and not authorized to pick up fares on the side I was on, so I was still stranded. I sat at the little table in the convenience store for another two and a half hours, and finally caught the first bus of the morning, getting home about 7:00 am, and falling into bed, way beyond exhausted.

I missed a day of work. When I finally woke this afternoon, I called my new bank, and they confirmed my old card had been deactivated. They claimed to have sent a replacement card for the new bank owners, but I never saw it. But they also confirmed that nothing at all had changed about the account otherwise, and the Paypal card should continue to work.

Okay, we've come around the clubhouse turn, now let's cross the finish line. When I woke up this afternoon, I went to the Paypal website, and poked around with the configuration stuff for the Paypal debit card. Everything seemed to be just fine, as far as Paypal was concerned. And then I noticed the little mechanism they had for changing the PIN number.

To be fair, I'm not absolutely sure that the Paypal card had a different PIN. But I probably did that, though. I had never used the ATM-card thing in that card, because I'd never needed to; the old bank card worked fine. If I'd have once thought to try a different PIN, I could have simply gotten my cash and gone home. There was absolutely nothing wrong with the card, after all. And I've since changed the PIN on the Paypal card, so I know what it is now. The error messages on the ATMs just said "you can't use this card here," didn't say why.

For that matter, even if I knew the PIN was different, but had forgotten what the new PIN was, the Paypal site has a place for changing the PIN online, and the bar I was in had wireless Internet, which I used all that night. But it never once even flickered at the back of my mind that I might be using the wrong PIN. I never even considered it.

Insanity. I mighta froze to death. Luckily, eventually, I got "different results."

Update: As it turns out, while using the correct PIN would have made the card work, it would not have gotten me any cash. Turns out the ATM card function only accesses cash already in the Paypal account. Unlike all other Paypal features, the ATM card does not reach out to my regular bank account to get the needed money. And I didn't have any cash in my Paypal account. I've since added some -- which got consumed by the Debit-card transactions -- which can access the regular bank account. Why they had to hold those transactions till they could use up my available cash, I don't know.

So now I still have $100-some in my regular account, since those transactions didn't go through. But I still haven't received my new regular ATM card in the mail. Still screwed. Dunno why.